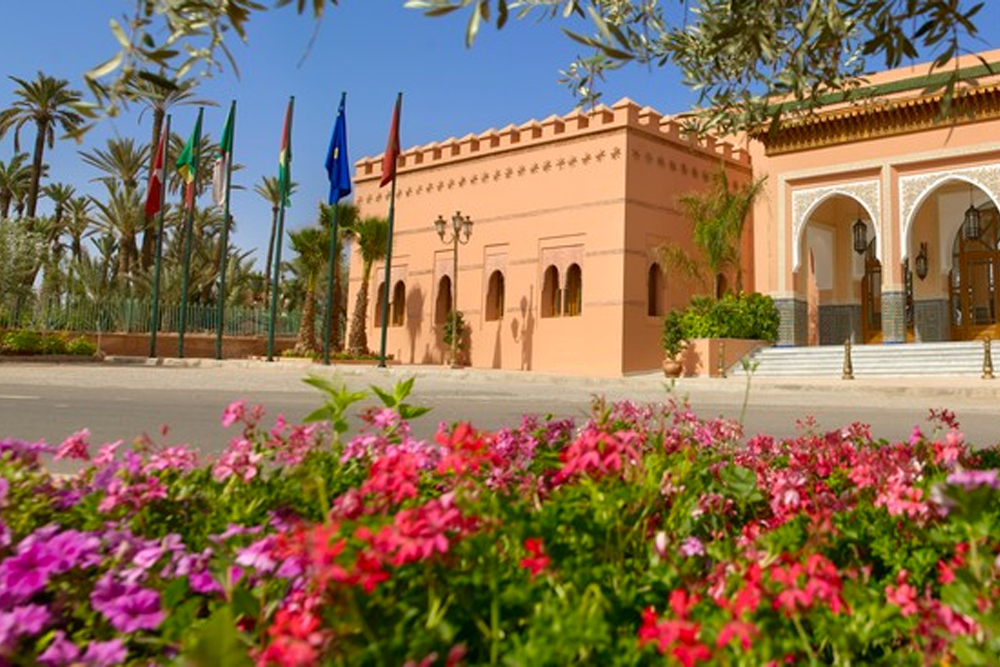 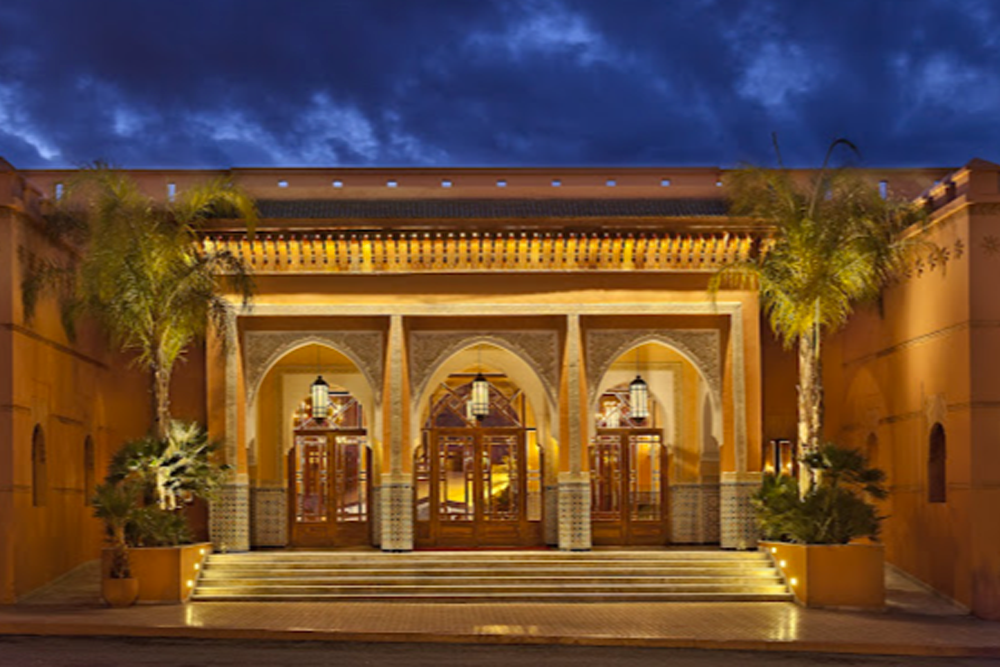 The Palais des Congrès de la Palmeraie is the first historic palace in the heart of the Palmeraie of Marrakech, a jewel of Arab Andalusian architecture and an elegant blend of traditions, authenticity and modernity. The convention center represents 4000 m2 of variable modular space that can accommodate up to 1500 people in its plenary, 38 meeting rooms and offers modern technological equipment guaranteeing the success of any event.

A true Moroccan natural heritage, the Palmeraie de Marrakech has marked the history of Morocco by its economic and tourist influence. It was during the eleventh century, under the Almoravid dynasty, that the sovereign Sultan of Morocco Youssef Ben Tachfine founded this vast oasis at the foot of the Atlas Mountains in order to exploit the local groundwater to protect himself from the heat. The Palmeraie of Marrakech then uses a network of ancestral underground khettara pipes to irrigate the hectares of palm trees and crops therein.

It is in its many crops and its production of dates, palm oil, palm wine, palm hearts or wood, that the Palmeraie draws its economic influence. But over time, people have been able to appropriate this place and develop an additional economy linked to tourism, combining natural heritage and modern urban planning. Many hotel complexes were then created, making the Palmeraie of Marrakech a luxurious and popular destination for tourists. 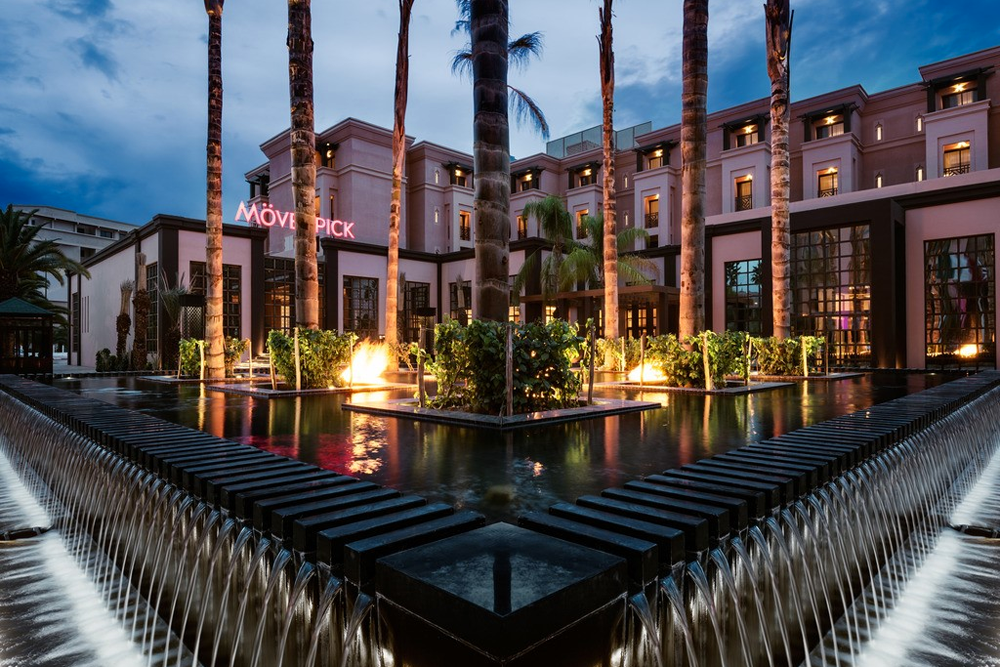 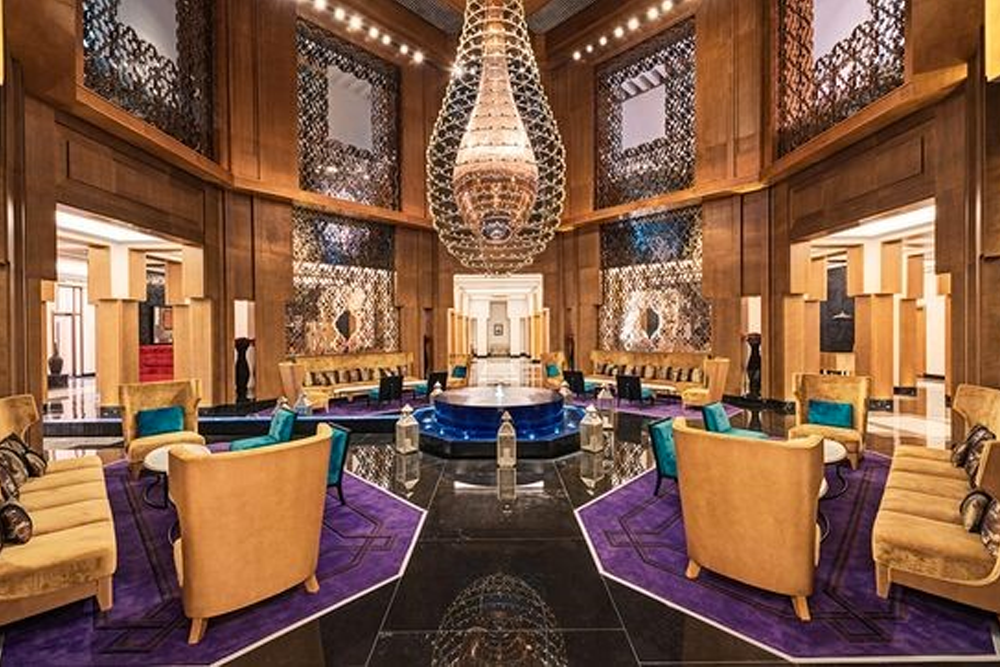 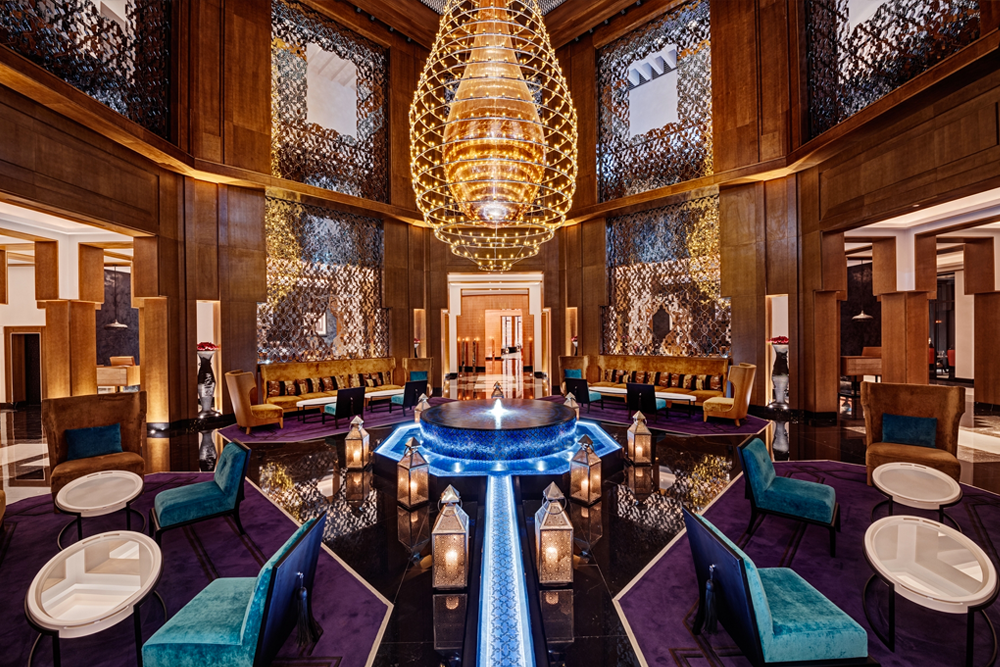 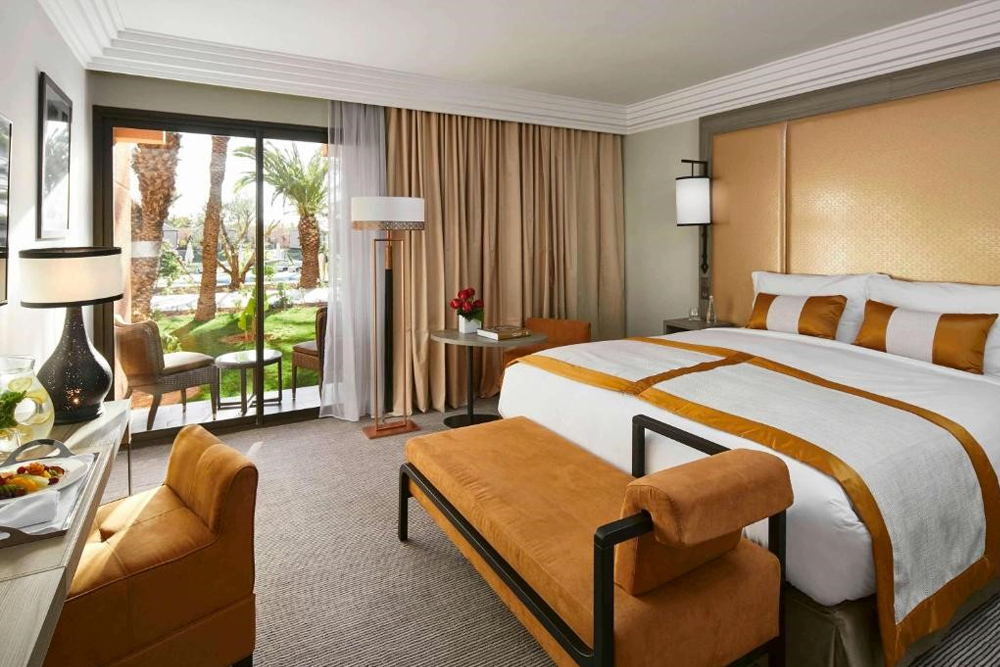 Offering an outdoor pool and year-round outdoor pool, Mövenpick Hotel Mansour Eddahbi Marrakech is set in the Hivernage district in Marrakech, 100 m from Conference Palace. The hotel has a spa centre and sauna, and guests can enjoy a meal at the restaurant. Each room includes a flat-screen TV. Some units feature a seating area to relax in after a busy day. Every room is equipped with a private bathroom. For your comfort, you will find bathrobes, slippers and free toiletries. There is a hairdresser's at the property. 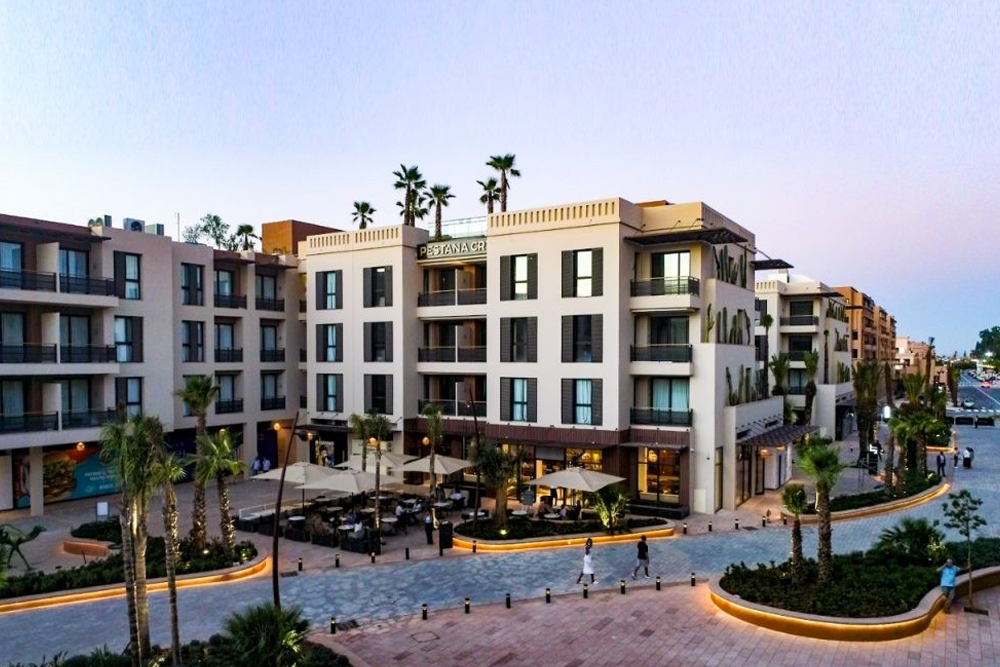 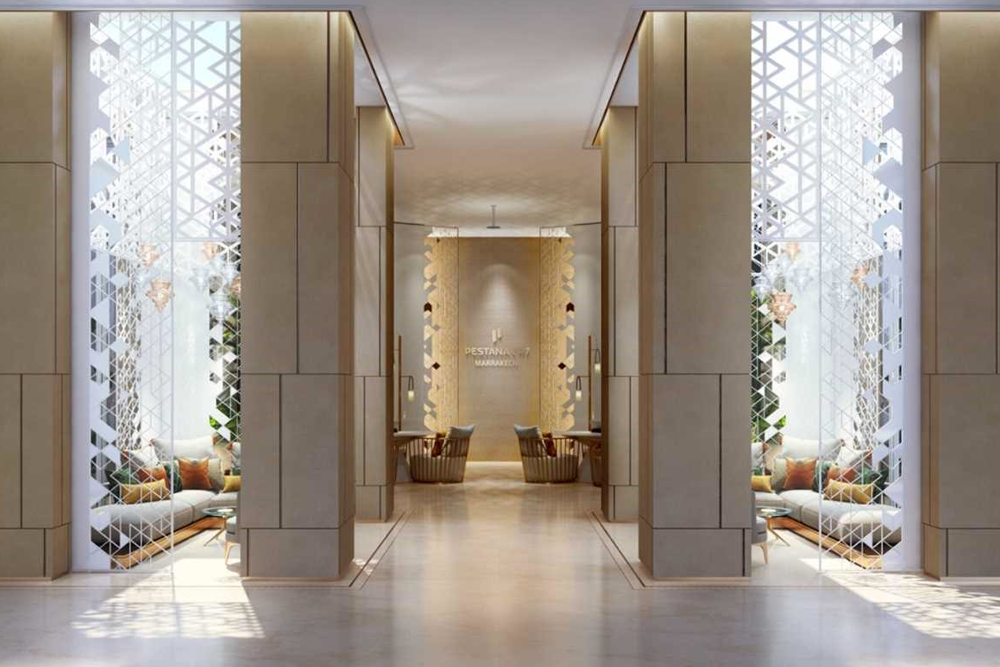 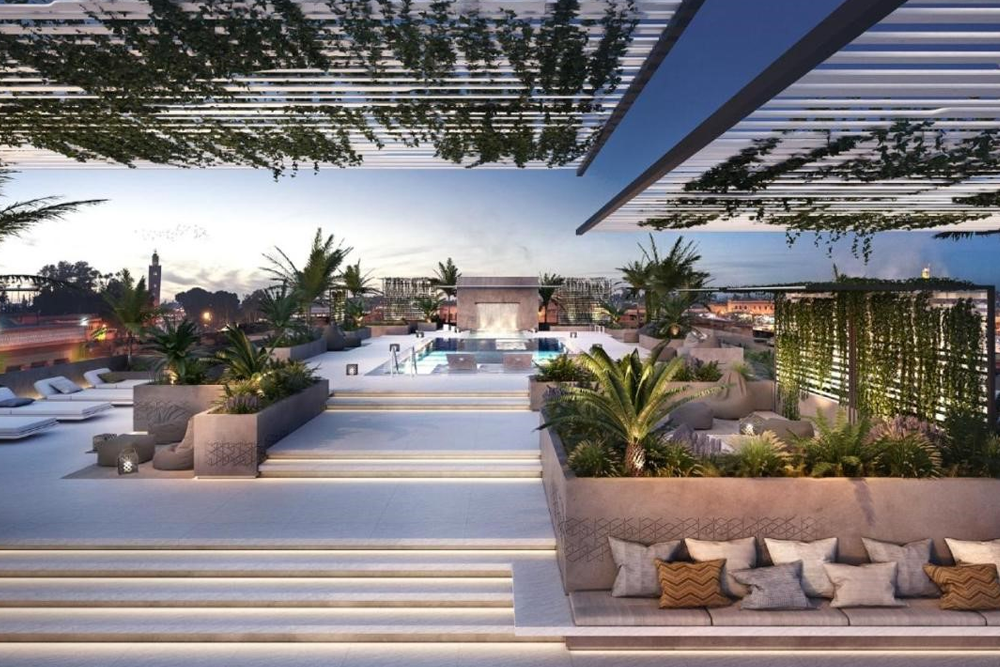 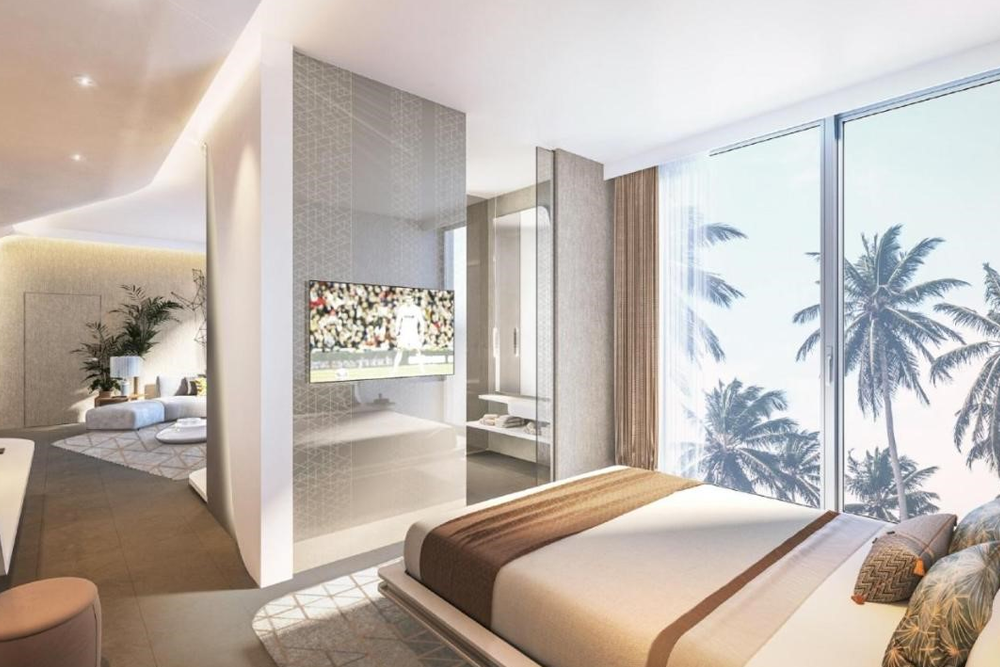 Pestana CR7 Marrakech has a restaurant, outdoor swimming pool, a fitness centre and bar in Marrakech. Featuring a garden, the property is located within 1.1 km of Menara Gardens. The accommodation features a terrace, a 24-hour front desk, where staff can assist guests, as well as free WiFi throughout the property.

The hotel will provide guests with air-conditioned rooms with a desk, a kettle, a microwave, a minibar, a safety deposit box, a flat-screen TV and a private bathroom with a shower. At Pestana CR7 Marrakech rooms come with bed linen and towels. Guests at the accommodation can enjoy a buffet breakfast.

Koutoubia Mosque is 2.3 km from Pestana CR7 Marrakech, while Majorelle Gardens is 2.4 km from the property. The nearest airport is Marrakech-Menara Airport, 2 km from the hotel. 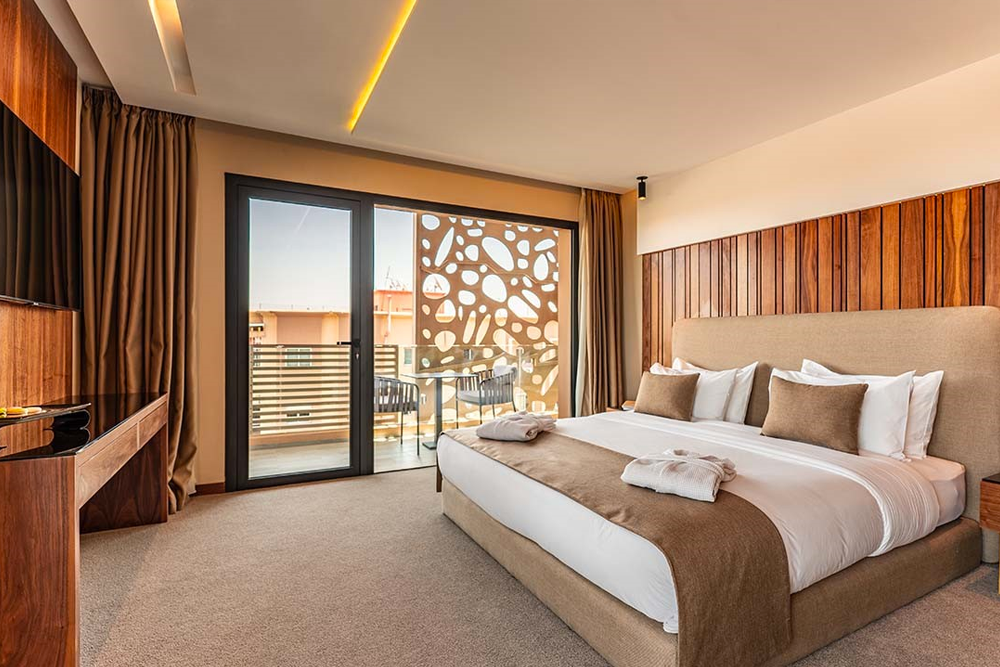 Longue Vie is the new luxury address in the elegant Hivernage, the city's hippest district with the best restaurants and nightlife.

Perfectly located, it's just 10 minutes to the airport, Yves Saint Laurent's famous Majorelle Garden or Jam el Fna Square in the old town, and only 2 minutes to Mohammed 6 Avenue. 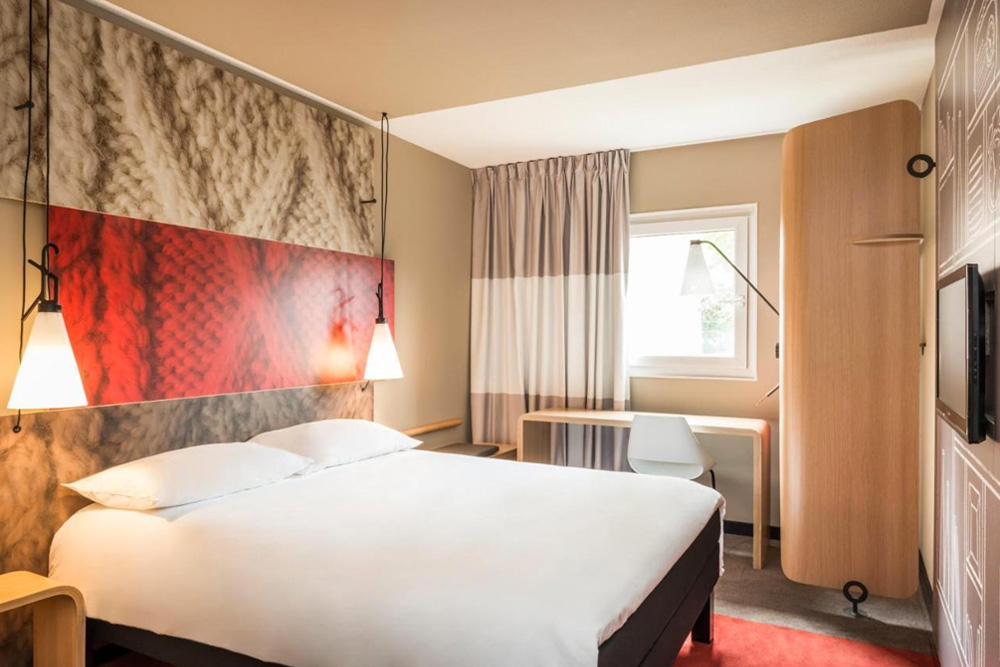 Ibis Marrakech Centre Gare is located adjacent to Marrakesh Train Station and offers an outdoor swimming pool. Jamaâ El Fna Square is a 15-minute drive away while Carré Eden Shopping Center is a 13-minutes walk from the property.

The air-conditioned guest rooms are equipped with satellite TV and free Wi-Fi internet access. Each room has an en suite bathroom with a shower.

International cuisine is available in the hotel's restaurant and guests can enjoy a drink 24 hours a day in the bar area. A all-you-can-eat buffet breakfast is offered each morning.